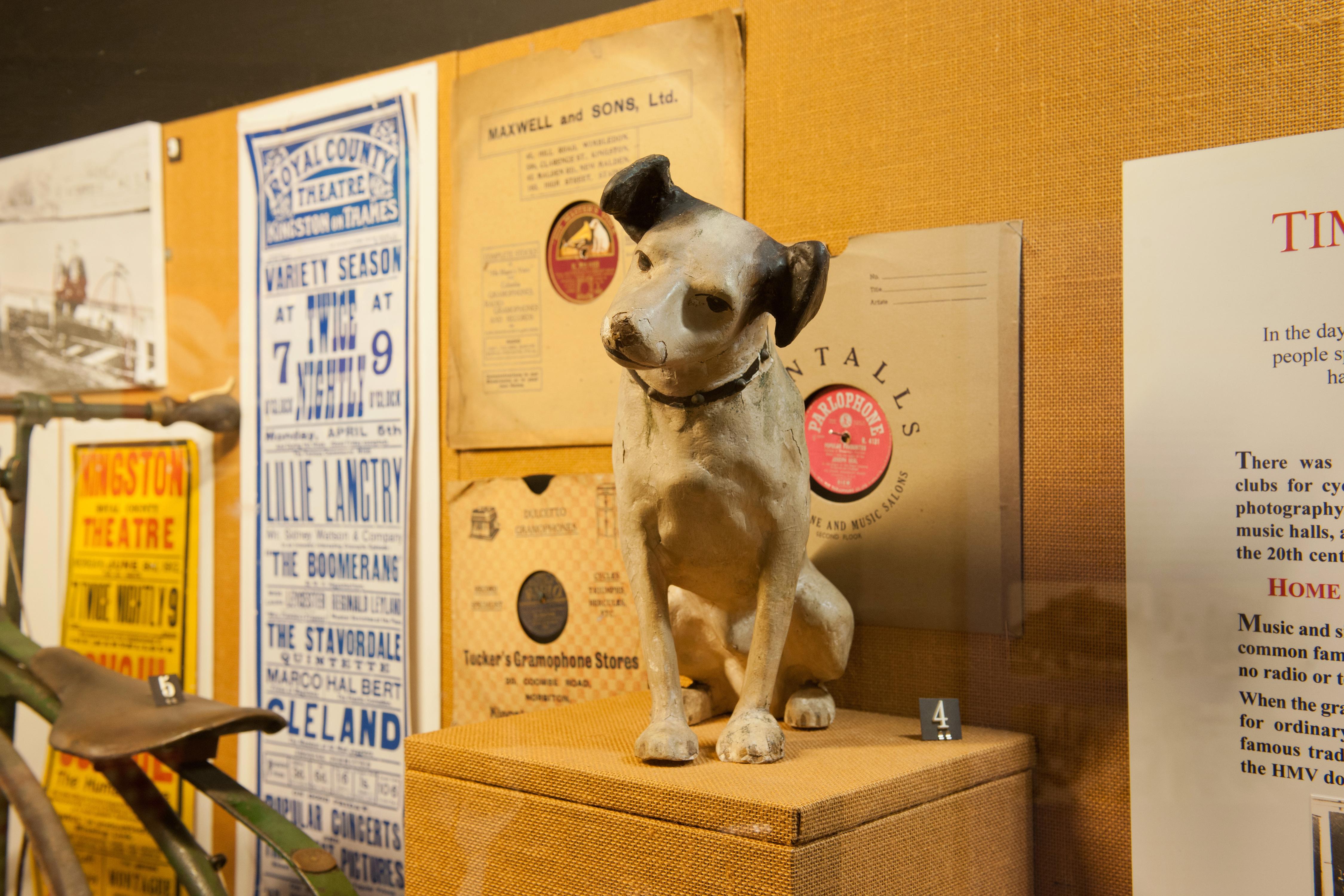 People have settled in and around Kingston since the Stone Age, thanks to its location near to both the Thames and Hogsmill rivers. Kingston has been a market town since the medieval era and is rich in social history. Whether you're a resident or visitor, our collection of artefacts will help you discover how Kingston has developed from prehistory to the present day.

In the Town of Kings Gallery :

Other items in our collection relate to the Second World War, the many trades and industries based in the borough, such as brewing, and domestic history.