This year an incredible 48 students entered their portfolios to be considered by the Brill Committee. Members looked through five or six hundred pieces of artwork as part of the difficult job of choosing just three candidates. The standard of work was high and the final competition nail-bitingly close, with the winner triumphing by just one vote!

John Lulham, Head of the Brill Committee, worked with great dedication and determination to ensure that the Brill Competition would not be cancelled, as sadly occurred in 2020. He put his head together with Paddy Molloy of Kingston School of Art to decide how to proceed despite lockdown. Paddy is Acting Course Leader for the internationally renowned Animation and Illustration BA. He devised exercises for the students to help them to make the most of reference material such as photographs, since there was limited scope for visiting the three sites selected for capture. The students also used Google Streetview to move virtually around the sites, metre by metre, observing how the buildings fitted into the overall townscape.

Laya Romhi, overall winner of the competition and the £600 prize money, illustrated a view of Richmond Road looking down from Kingston Station. Her bold and dramatic use of colour conveys the atmosphere and energy of the place. Leia’s usual medium is digital, but she enjoyed the challenge of working on paper, using Posca pens. Laya is a third year student who recently collaborated on the creation of the ‘Colour Your Senses in Kingston’s reopening video.

Francesa Fanigliulo is a second year student who illustrated the Cambridge Road Estate. She began by observing the location remotely to familiarise herself with details of the tower block, the most difficult element to draw. Later, Francesca visited the estate and talked with residents in the communal areas, mostly children and older people. They were curious about her drawing and she ended up including them in it, as she felt they were vital to the story of the place. The painting is done in acrylic paint, pastel, gouache and pencil. The time of day, sunset, lends the scene a nostalgic tone, while the clouds and trees make this a dynamic composition.

Third year student Rachel Anam-Anum found drawing Old Hollyfield School in Surbiton tricky because of scaffolding erected on the site and the huge tree growing in front of the building. She visited at different times of the day and initially captured the site illuminated by May’s pink supermoon. However, since Hollyfield had been a school, Rachel felt it was more appropriate to depict it during daylight hours, when most of its users would have experienced it. She chose a viewpoint which encompasses all three sections of the structure and includes details of the ambient foliage to convey atmosphere.

Kingston Museum is delighted to acquire three brand new Brills for its collection, which, as Paddy Molloy pointed out, is a valuable archive documenting not only the lost buildings and views of Kingston, but also the BA Illustration and Animation students over nearly a quarter of a decade. 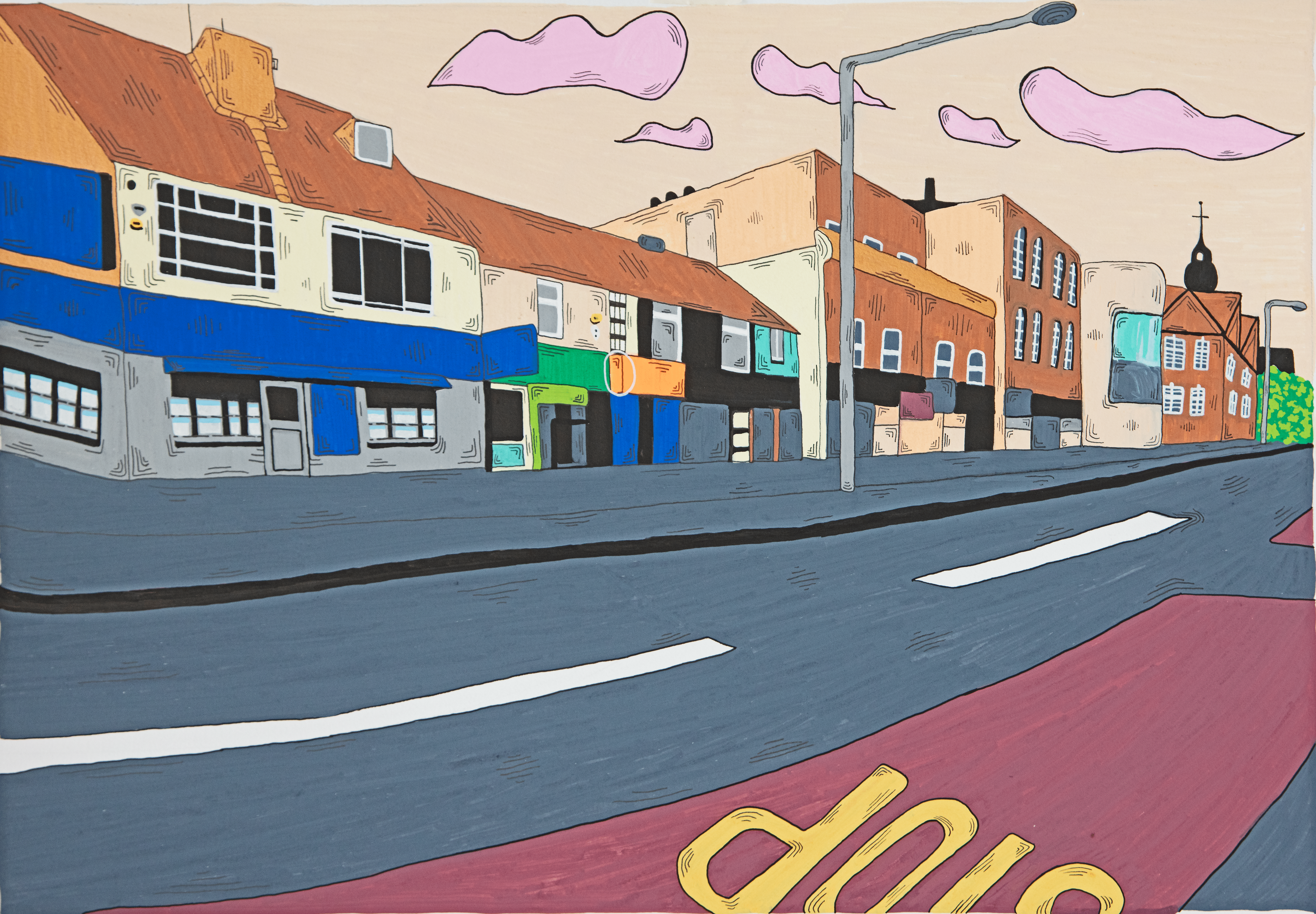 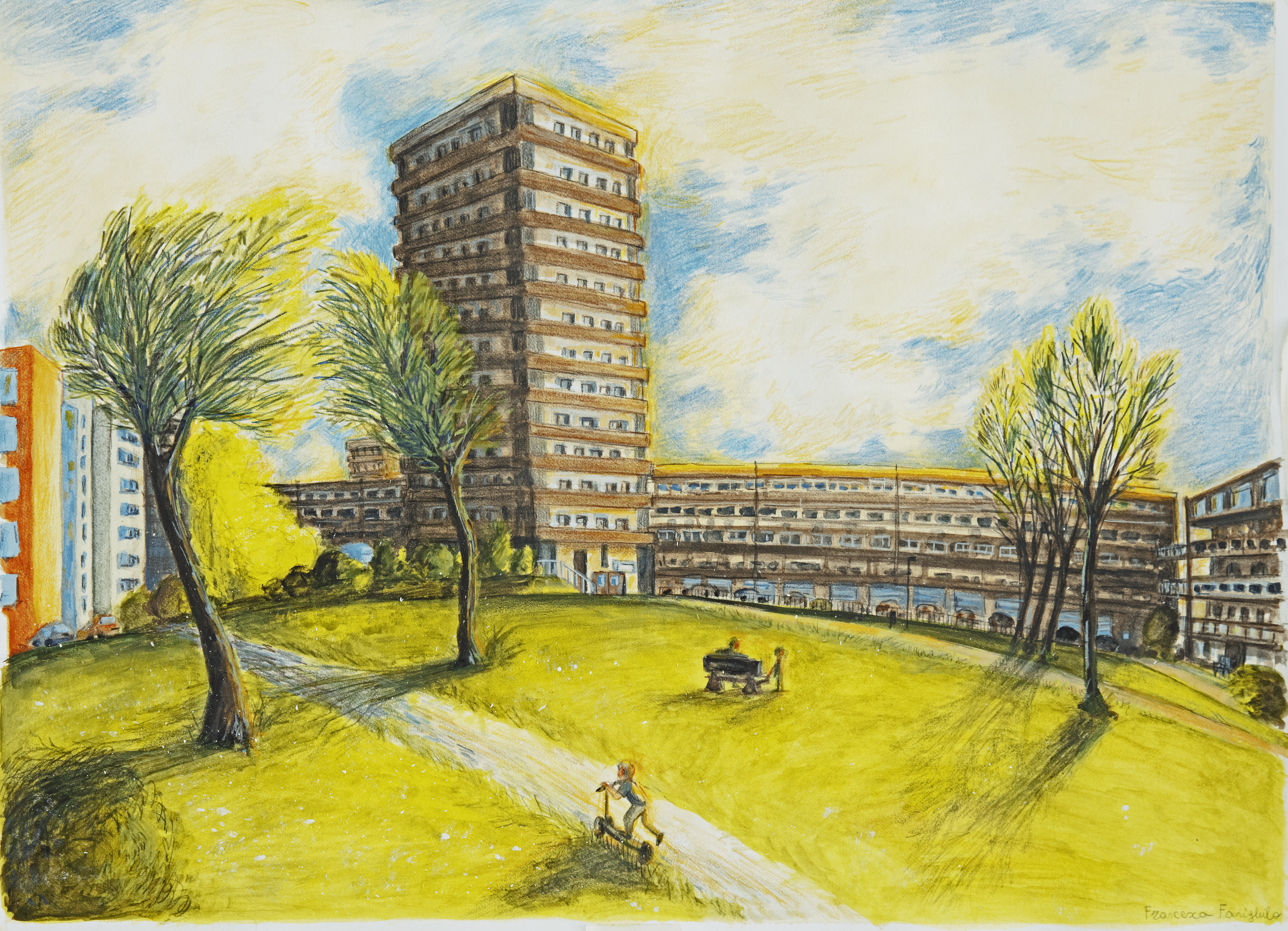 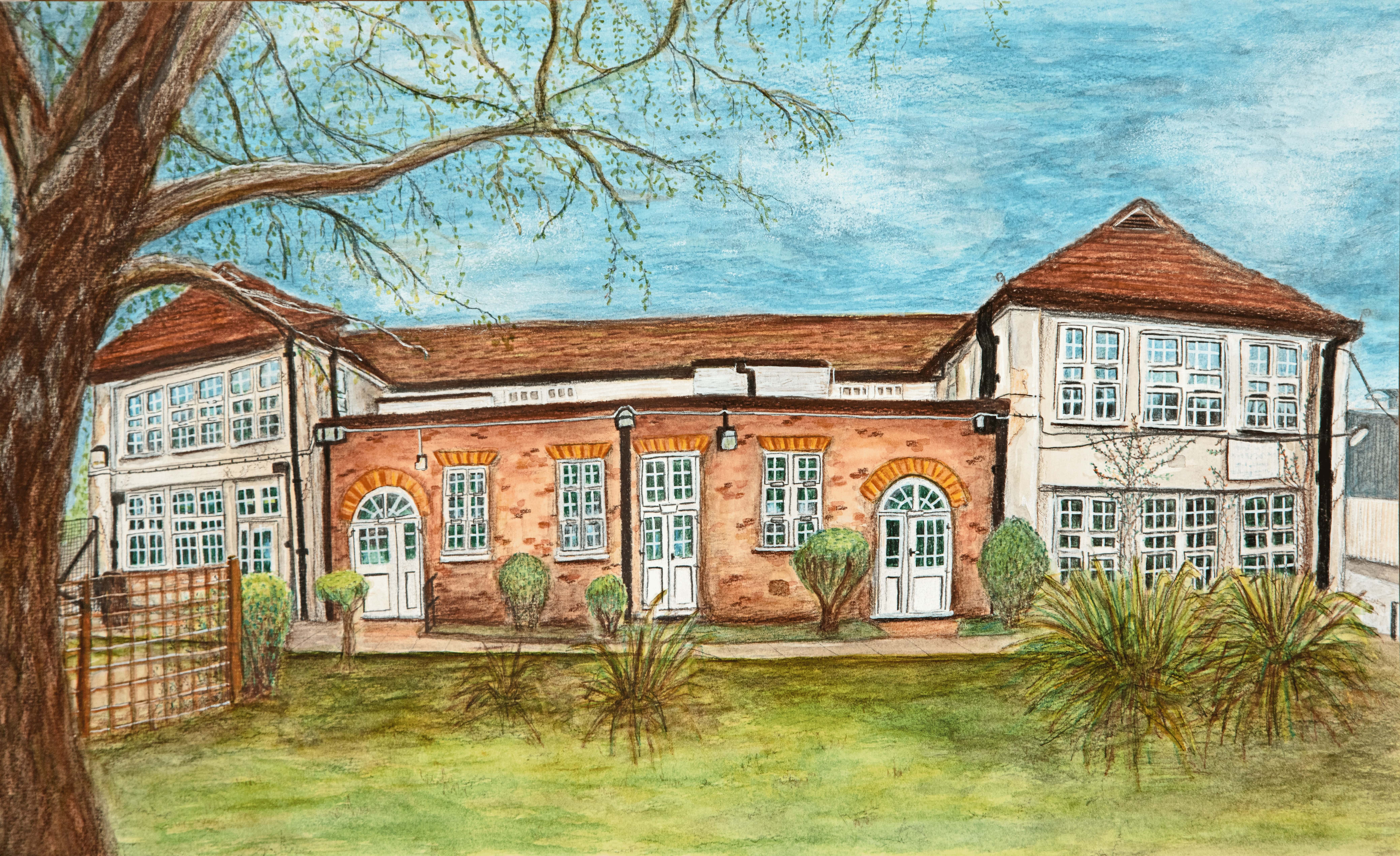